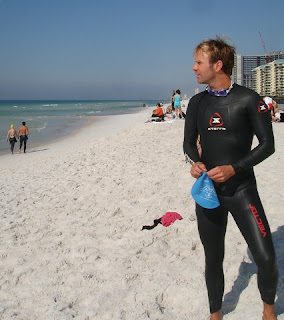 What’s the connection between physical activity and mental and emotional health?
Since the beginning of human history, our bodies were designed for movement. And if we are not moving
our bodies, then they are deteriorating, they are degenerating. The process of aging accelerates this. Just by going on a long walk, it's been proven that millions of neurons are created in our brain, making us more intelligent, more alive. So plugging in the sport of triathlon or any physical activity into your day is a win/win decision. I really enjoy being active, and it enhances the enjoyment I feel writing, studying, reading, and meeting with friends, family and my business associates.
You have written some books. Is writing one of your passions?
Absolutely, I love to write and writing helps me in my teaching, which is also a big passion of mine. It allows me to put a kind of structure what I’ve been learning all along and share it with other. Lyons Press published one of my first books, The Attention Deficit Workplace: Winning Strategies for Success in Today’s Fast-Paced Business Environment and I’m currently working on another.
You are an entrepreneur. What lessons from triathlons have you brought into your profession as an entrepreneur and self-directed leader?
If you model your business career after the sport of triathlon, there really are four critical things you should think about.
The first is preparation - in a business situation you need to be able to pull a file, work with information, and know how to use the data. Getting organized in life is worth a solid 10% gain in what you can achieve.
The second is transitions - you need to know when to make the transition from something that didn't work and wasn't generating revenue to creating something that does. Too many times people throw good money after bad, or chase losses with time and resources.
The third is training and learning - You have to stay on the cutting edge of technology, in sport and in business. With the knowledge base for almost anything becoming deeper and more universally available, staying on the cutting edge becomes more important.
Number four is networking - You become like the people you surround yourself with. We need to align ourselves with people who have sought success, made mistakes along the way and learned from them. Hang out with triathletes who know how to set goals and achieve them, and voila! You will too.
What made you do Ironman? How many years did you train before you qualified for Kona?
I qualified the first year I tried to do Kona, in 1994, and I've qualified a few times after that. Every now and then I am honored to get one of the rare Willy Wonka's Golden Tickets because after writing hundreds of thousands of words about Ironman for the media over the last two decades, the WTC would sometimes invite me to come cover the event from the inside. I was the first photojournalist to photograph the Ironman from within the event in 1997, and I shot it again with a still digital camera in 2005. In 2007, I was also the first videographer to video the Ironman while doing the event. Ironman published these videos on Ironman.com's YouTube channel. Holding a camera, even with the safety strap for 10-12 hours is not as easy as it seems, but reading the comments from the inspired viewers made it all worth it. Inspiring and teaching others is one of the best feelings in the world. 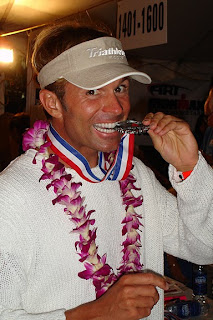 Tell us more about your 18 Ironman finishes. What has inspired you to complete so many?
I've had a lot of time to analyze my motivation to engage in this sport. In every triathlon, your body and soul asks you why?
Nearing the end of every Ironman, when the pain is most intense, my answer's always been, "Okay, never again, I promise." And then, after I finish, and cross that magic pavement on Alii Drive, it's always, "I have to race again!" because the race, the journey and the people I meet along the way are so amazing.
But perhaps the driving force came from the death of my sister Stacey, who passed away at age 16. From that moment, that aching loss fueled my passion for fitness and living healthy. Part of it was not wanting to die, which I think we all share at some level - that fierce desire to stay on this amazing journey called life as long as possible, and be fit enough to really enjoy it.
What did your sister Stacey mean to you?
The more I think about it, the more I can see that she was probably the prime source of my triathlon motivation. Stacey and I were very close and when she got bone cancer at the age of 14, I identified with her struggle intently. The cancer spread to her lungs, ultimately filling them with fluid.
Luckily I was right there and I came running in the door just as she was losing consciousness – she couldn't get any air in her lungs because they were filling up with fluid. This was terrifying. I tried everything I knew and the emergency crews came but none of us were able to revive her. She died in my arms. I was 14 years old. And it had a dramatic impact on my determination to live every day to the fullest and to cherish every single breath. Every day, I'm so thankful that I'm alive.
When you're closely connected to someone, as Stacey and I were, you can see the world through their eyes. While I continued to be active during those two years she was ill and she could not, I felt things from her perspective. When she was heading to the hospital for chemo or coming home suffering with nausea from the chemotherapy, and I was just coming home from running track in junior high, I could sense her joy for me and her sadness that her gift of movement, that joy, was taken from her.
Because this was my sister, I could feel this in my soul and it multiplied my understanding how important and vital these simple, lovely pleasures of running, swimming, riding and breathing that children happily take for granted. 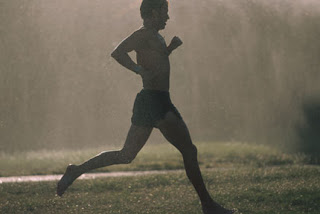 What happened with Triathlete Magazine?
I got involved thanks to the encouragement Triathlete magazine founder Bill Katovsky and the then owner, Jean Claude Garot. As I analyzed the company, I started peeling away what turned out to be the tangled layers of the magazine's ownership. This was something I tackled in a very bold and perhaps naive way. I didn't have the money to buy Triathlete magazine so I asked the owner if he would sell the magazine to me over time - because the people who bought my first business, The College Connection, which sold Eurail passes to college students and distributed a travel guide, paid for it over time as well. Since I didn’t have all the money up front, I had to find other sources of capital. So I entered into a partnership with Scott Kyle to do a leveraged buyout over the magazine. Eight years later, I bought out Scott Kyle and a year after I led another group of investors to buy out the Belgian owner Jean Claude Garot. The year after we purchased the other 50%, we resold the magazine to the current majority owners, Competitor Group Inc., which is owned by the private equity group Falconhead Capital. I made an investment in this group because I really believe in the company.
To what degree did you actually take over the management of Triathlete?
Now, there was a tornado that swept me away from the actual triathlete activity! Scott Kyle and I took it through a one year transition, which included moving the office and changing personnel. Then we hired John Duke as a sales representative and later made him publisher. Through his involvement with the Multisport School of Champions and as a rep for several top triathletes, he really was the most connected guy in the sport, and had a strong publishing background.
At this time, (1997) I came up with the then-crazy notion to create a company which would provide online registration for all these athletic events. The idea hit me when I came to realize that filling out an Ironman application took forever. It was like a hundred pages. I'm kidding, but it felt like that. Every time you did an event, you had to fill out this long paper form. So I started the process of creating a company that was initially called Race Interaction, then Race Planner, then Race Gate, and then - via a 50/50 merger - Active USA and ultimately we bought the domain Active.com from this guy who was using it as a mail server. I remember staying up for 8 days straight to write a business plan before our investor presentation. A few weeks ago, Dave Alberga, the current CEO of Active, pulled out my business plan at a sales meeting and said, "Hey, this is the original business plan. We get it out and dust it off every now and then because it's pretty much exactly what happened in the last 10 years." I remember the process of hiring Dave. He came in actually a couple of years after the start but at a very good time in the early stage of the company, for sure. He's a good friend and a rock star CEO.
Evidently I had outlined a vision of Active back then that came to reality. Which really is a neat thing to see. Online registration was bound to happen, and many people had the idea and similar businesses. People were going to register online for their events, despite the initial resistance from event directors and credit-card-on-the-internet-shy participants. We luckily did the right thing by merging and partnering with as many people and companies and raising enough capital to make it happen in a big way, in one central place. 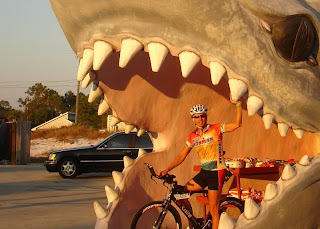 Hey, nice site you have here! Keep up the excellent work!

My cousin recommended this blog and she was totally right keep up the fantastic work!
CISSP Exam