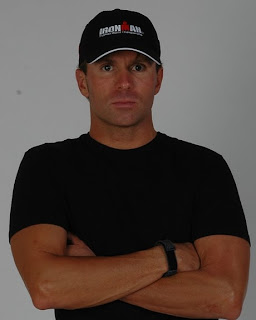 A serial entrepreneur, Mitch is the co-founder of one of the fastest growing companies in the US -- The Active Network, Inc. which includes Active.com, a software, marketing and registration powerhouse. He also co-founded and served for seven years as CEO of The Active Europe Network, Ltd. which operates Active’s business model in Europe, the Middle East and Africa.
His initiative and efforts to rapidly consolidate participatory sports registration software companies worldwide has, without any doubt, created the Ticketmaster of participatory sports. His entrepreneurial ideas and initiative have forever changed the global infrastructure of sports participation.
Thrower also serves as the New Media Officer, Strategist & Senior Correspondent for Competitor Group, Inc., (CGI), based in San Diego, California -- a platform media and race event company specializing in the endurance sports sector which includes marathons, cycling, and triathlons. The Company is comprised of several brands, including the Rock n Roll Marathon's nationwide, Triathlete Magazine, Inside Triathlon, Velo News and Competitor Publishing.
Directly tied to America's "Camelot," Mitch is the son of Lori Thrower who was one of Jacqueline Kennedy Onassis Executive assistants, and of the late Frederick Mitchell Thrower II, who created the Yule Log (a cultural staple in the 60's, a video of a burning fireplace that still airs during the Christmas holidays) when he was the President of WPIX-TV in New York (Channel 11).
Full name: Mitchell Thrower
Age: 41
Profession: Financier, Entrepreneur, Author, Philanthropist, Triathlete
Years in profession: 20
Cities of Residence: La Jolla, CA and New York City
Triathlon experience: 18 years and 18 Ironmans
Pet peeves: When people don't cut their nails before mass swim starts.
Hobbies: Writing, Triathlon, Adventure Travel, Teaching
Walk us through your active lifestyle. You’ve started, managed and invested in several successful businesses including Active.com and Triathlete Magazine, and you are an avid and competitive triathlete. How do you manage all these challenging and time-demanding passions?
I truly believe that the fountain of youth is movement. Not just with your body, but with your mind. Staying active keeps people young and minds sharp. I've been blessed to have been involved in putting some great companies and investment groups together. Jim Woodman and Scott Kyle and I all co-founded The Active Network, (www.active.com) which now has over 2,600 team members around the world and we'll likely do over 100 million transactions in the next year. Competitor Group has also been growing quite rapidly, adding events, magazine titles and soon a major interactive platform.
When things get challenging in and around the work tornado, it's always been a peaceful reprieve to be able to get out and run, bike or swim or go to the gym. And even though I am still involved in many of the ventures I've started, I don't run them per se.
I like to find CEOs and COOs who are far better skilled than I am at navigating the interpersonal land mines associated with managing hundreds of people and expectations. It's my first priority within the first few years of a new venture's launch to find someone who likes the stress of being the CEO more than I do. 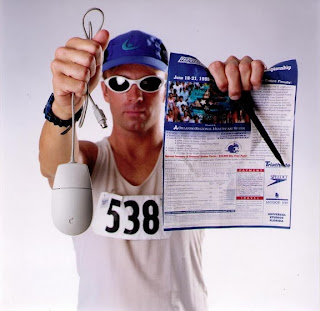 Congratulations on last year's Ironman 70.3 performance where you qualified for the World Championship in Clearwater. Are you leaning towards the 70.3 format that is half of the standard Ironman distance?
I will always love the full distance Ironman, but the 70.3 distance makes it possible to stay fit, achieve something amazing and still have a life. Triathlons of any distance are life-changing events. I think my finishes at 70.3 Hawaii and Kona in 2009, though, were more meaningful than all of the other years combined, which is a bold statement. But given the circumstances and what I had to overcome to get to the starting lines, I’ll stand by it. I was hoping to race Ironman Hawaii in 2008, but had to cancel because I ruptured my inner ear membrane and faced a long, often discouraging and painful recovery, so I'll never forget my journey back to the island.
Why the Ironman triathlon? What started you on that?
I discovered the sport of triathlon in 1990, in Westport, Connecticut, where I grew up. I remember the spark I felt when I bought a mountain bike for my first triathlon – the Milford Triathlon.
And for me, triathlon was an exhilarating dream, sparked by the emotions and sensations of swimming, riding a bike and running - the sensations that most of us share when we were kids and our pure spirits impelled us to be constantly in motion. That feeling didn’t evaporate when I put my bike away. Growing up, I've often had a recurring dream that I'm flying – impossible right? But not when I'm descending a big hill in Colorado or California on my bike and I can see the landscape move beneath me…the ground and the trees. I am, in that moment, flying.
Ironman's tag line is "Anything is Possible," but I have learned that your dreams may not happen the way you anticipate.
In my freshman year at St. Lawrence University, I slipped on the ice while running and sustained an injury that required several knee surgeries and prevented me from walking for several months. After I recovered, I started running and did pretty well in some local running races. Then I went to the pool. I couldn’t swim at all at first, so I focused on learning technique. Soon I was swimming, biking, and running to recover from my surgeries. Movement was a great gift that had been taken away, and now it was back. I was lucky in a way because it’s human nature to really appreciate things only when we’ve lost them. When I temporarily lost my capacity to be physically active and regained it, a triathlete was born. That experience presaged the journey I took healing from my ear injury.
Another very rich part of my attraction to this sport is the support I received from all the folks I met in the triathlon world. Triathletes are extraordinary. At my first race, I immediately knew this was a clan, a tribe I wanted to join and I soon discovered that my experience was no exception. I have never met anyone in triathlon who was not highly motivated, who did not fully embrace life. This sport attracts a very successful breed of folks. 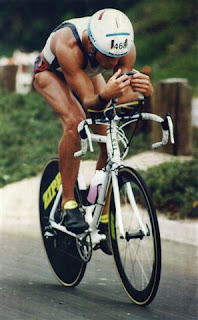 When taking on these physical challenges, how do you maintain your balance of work, life and family?
Two-time Ironman Hawaii champion Scott Tinley said something that will stay with me forever: “You have eight hours in the day to work. So, if you work a solid eight hours, then there's another eight hours in the day for you to sleep, and rarely does anybody sleep a full eight hours. Then you still have eight hours for yourself.” So, he had this kind of 8-8-8 rule. Once I realized it was true, I became excited to think of all the possibilities this presented every day to a dedicated person. You just have to control the 8 hours which are yours and not get caught in the slippery slope of time-wasting detours.
How does an active physical lifestyle tie in to your work as an entrepreneur, businessman and leader?
I’m constantly on my feet, running around and multi-tasking on many business projects, which takes endurance. Making fitness one of my top priorities allows me to be healthy physically and mentally. For most people, fitness leads to better relationships, a better outlook on life and, ultimately, success. I love going on bike rides with industry folks, and meeting them at races, and other crossroads where endurance athletes meet. The foundation of all human relationships is common experience. So why not make that experience a healthy one?
What made you do Ironman? How many years did you train before you qualified for Kona?
I qualified the first year I tried to do Kona, in 1994, and I've qualified a few times after that. Every now and then I am honored to get one of the rare Willy Wonka's Golden Tickets because after writing hundreds of thousands of words about Ironman for the media over the last two decades, the WTC would sometimes invite me to come cover the event from the inside. I was the first photojournalist to photograph the Ironman from within the event in 1997, and I shot it again with a still digital camera in 2005. In 2007, I was also the first videographer to video the Ironman while doing the event. Ironman published these videos on Ironman.com's YouTube channel. Holding a camera, even with the safety strap for 10-12 hours is not as easy as it seems, but reading the comments from the inspired viewers made it all worth it. Inspiring and teaching others is one of the best feelings in the world.
Tell us more about your 18 Ironman finishes. What has inspired you to complete so many? ... (to be continued tomorrow).

Photo-credits: Triathlete magazine
Posted by Enrico Varella at 7:24 AM

A great article in preparation for my 70.3!

Thank you. Have a good race! What's your bib number? I will be supporting the participants this year.