The films ‘Finding Forrester’ and, recently, ‘The Magic of Belle Island’ portray writers who have lost their motivations, and eventually finding it. Both feature seasoned film and theatre actors (Sean Connery & Morgan Freeman respectively), at their matured best, who become unwilling mentors. They are influenced by their students to regain their passion for writing. 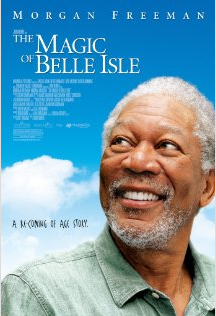 The key messages in each film are ‘First write with your heart, then with your head.’ And, ‘Imagine what is not there.’ Each slogan is a useful strategy by itself. If you want to be a better writer, you will have to write constantly – however good or bad the writing is. Just keeping the words flowing is vital to the writing process. The NanoWriMo Challenge, which takes place in November, is about inciting writers to write at least 100,000 words over 30 days. I managed to complete this colossal task over a heavy work schedule inn 2009, yet learnt much about discipline and time management. If you want something done, give it to a busy person. You can achieve so much.

Just today, my friend Clifford Lee (multiple-Ironman finisher) completed his personal challenge in Kona, Hawaii. He successfully completed the 226K Ironman World Championships after qualifying for the Legacy Lottery. He wrote his report a day after, which drew much praise for his honesty, passion, humour and naturalness. Sometimes, the best pieces of literature come deep from one’s heart, which is what endurance athletes do, when they ‘dig deep’ to finish their long-distance tests. Clifford’s piece continues to draw congratulatory messages as well as kudos for his narrative style of reporting. His piece is inspirational, as he drew inspiration from his fellow competitors during his 16-hour feat in the heat. 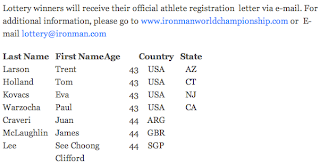 We will be doing an interview with this 14-time Ironman finisher shortly, so stay tuned.
Posted by Enrico Varella at 7:03 AM