Double Dare: Do You Lead From The Front or Back?

These are leaders in the entertainment industry. No, I don’t mean the directors, who are in an auteur class of their own. I am referring to the shadowy, behind-the-scenes, leaders: Stunt-people, crew, and publicists. According to reports, a studio makes about 55% of the gross box-office takings; and it must exceed the production cost or it is considered a box-office flop. That’s the business side that producers have to be mindful of, and manage well. Filmmaking, including those of animated films, is a major undertaking that is not for the weak-of-wallet. Likewise, the recording industry for musical artistes is dwindling at 5-7 percent per year; EMI has been hemorrhaging heavily in recent years compared to Warner, BMG and Sony.

The biggest Asian actor in the 1970’s who did his own stunts was Bruce Lee. He paved the way for Jacky Chan, who made the successful foray into mainstream Hollywood films and paid it forward for his fellow stunt-people. Now, the biggest actor in Hong Kong was former-stunt-person, Donnie Yen. He headlined the two films depicting the biography of Ip Man, Bruce Lee’s martial arts teacher; both were box-office successes. 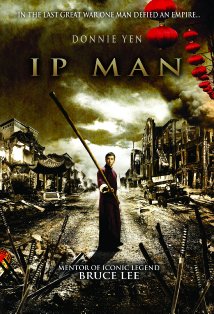 Now, what about their women counterparts? Debbie Evans did it in Matrix for Trinity (Carrie-Ann Moss). Jeannie Epper was stuntwoman/double for Lynda Carter in Wonder Woman. The biggest name in show business is Zoe Bell, stuntwoman for Uma Thurman in Kill Bill. She starred in Death Proof and her anchor film, Grindhouse. 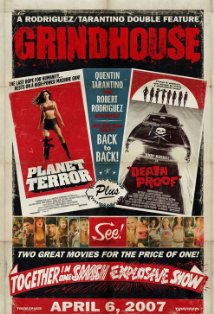 Bell appeared along with legendary stunt woman Jeannie Epper in Amanda Micheli’s acclaimed documentary Double Dare (2004), which offers a glimpse at the lives and careers of both women, as well as the friendship. Stuntwomen still play second fiddle in an industry dominated by more testosterone-drenched professionals. In the early days of cinematography, stuntmen dressed up as women to support actresses. Today, they have to be versatile in a medley of skills including gymnastics, high falls, full body burns, martial arts, driving, equestrian, and acting. 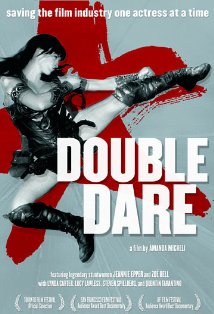 Just this morning, Jennifer Philips – a female fight choreographer was interviewed on Primetime Morning, a local television news magazine. She talked about her big break into Hollywood's male-dominated stunt industry. She also shared insights into how action sequences are designed in films such as The Matrix and Pirates of the Caribbean. Actors for some action films may be too scared to do their own stunts, as Jennifer revealed the true nature of some macho-celebrities.
April Littlejohn talks about her experience as a stunt-person. Here is Carolyn Day’s showreel.
When was the last time you took a fall for a staff? Which breakthroughs did you make with your team? How did it feel to play second fiddle in a project? What was it like to be the invisible face behind your management’s success? Which was the hardest fall you endured in recent years? How active are you in smashing paradigms?
*****
Congratulations, Powerman finishers! Matthew reports on this chilli-hot race after a noticeable leave of absence. Welcome back, Swim Commander!
Posted by Enrico Varella at 3:39 PM