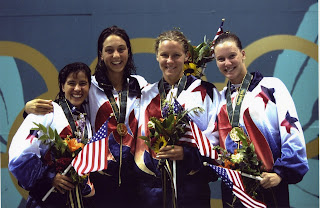 Sheila Taormina has represented her country four times in the Olympics since 1996. Born in Livonia, Michigan she earned a business degree from Georgia in 1992, and added an MBA in 1994. Parents, Sam and Moya, currently reside in Livonia. Sheila has a twin brother, Steven, and six older siblings. She has bungee jumped and skydived, and regularly enjoys reading and hiking.

In her years as a triathlon professional, her achievements included:
2004 Olympic Team Member (Triathlon)
2004 ITU Triathlon World Championships, 1st
2004 Race to Athens ITU International Triathlon, 4th
2004 ITU Pan American Regional Championship, 1st
2004 Bay Islands ITU International Triathlon, 2nd
2003 ITU World Cup, 1st
2003 Clermont ITU International Triathlon, 1st
2003 ITU Triathlon World Bay Islands International Triathlon/ITU points race, 1st
2003 Pan American Games Silver Medalist
2000 Olympic Team Member (Triathlon)
At the 1992 Olympic Trials, her friend Joel Thomas became the first person Sheila knew personally to make the Olympic Team, which inspired her to attempt qualification again in 1996. She was turned down for the USA Swimming’s Resident Team program, so returned home, convinced that her swimming career was over. Age-group coach Greg Phill convinced her to resume training with him and his club of junior high school/high school-aged kids with this one reason: ‘We have water in the pool and you have a dream. That counts more than everything else down in Colorado Springs.’
Sheila had 22 members of her family cheering her on at the 2000 Olympic Games in Sydney, Australia. Her family raised money for the trip by selling T-shirts. Sheila started a business called FriendsforAthletes.com to help future Olympians realize their dreams. To help others realise their dreams, she almost always carries her Olympic gold medal with her, so that she can let a person cradle it. The medal is an allegory for one’s dreams, and she encourages the person to seek their own ‘medal’. 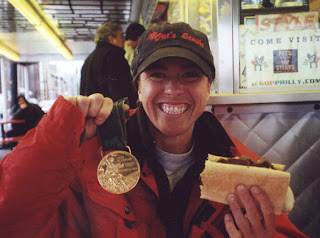 She had a 50-metre lead coming out of the water at the 2000 Olympic Games, but later dropped back during the bike and placed sixth. She was photographed giving high-fives to the crowd as she happily finished the Olympic race. Sheila is a crowd favorite due to her positive attitude. She is now a full-time motivational speaker with her own company, Taormina & Associates. She is also an active coach.
EV: How did you manage your injuries? Which was your worst injury?
ST: Whenever I was injured I looked at it positively as a chance to rest my overall body, even on a cellular level. Injury also allowed me to be a person outside of sport that I wanted to be but never had the time to be when in heavy training cycles. I was fortunate that I never had such a severe injury that I had to sit out of training for more than a few weeks. I think I never got the really bad injuries because when my body signaled that something was not right I would rest it immediately instead of push through. I could tell the difference when something would be ok if I pushed and when something would be worsened to a detrimental point if I pushed. An athlete should know his/her body well and should listen when the body is talking.
EV: What are the factors that allow a swimmer to make the largest improvements?
ST: These are in my book, Call The Suit. For over a decade I have really wanted to write about the key elements, the ‘secrets’ to swimming fast (but I never had the time until after the 2008 Olympics because of training :) One of the biggest ‘secrets’ is ‘understanding’ how to work with water. Water is a fluid, and that changes how we normally think about strength and power. I love to teach the gift of swimming ~ how to work with a fluid to gain propulsion. There is a position the arm must make when pulling in order to achieve this gift in the water, and it is not like any normal position a person does during the day. The core of the body is very much involved as well...everything is connected, and once a swimmer feels it they end up loving swim practice more than ever, and they get much faster. It is my joy to teach this.
EV: Can a professional athlete succeed without sponsors? How well were you sponsored during your competitive career?
ST: Sure, an athlete can definitely succeed without sponsors. I did not have one sponsor before the 1996 Olympics. I worked a full-time job, more than 40 hours per week in the automotive industry in Detroit. If an athlete has a dream planted in his/her heart that is strong, then that athlete will be willing to work to pay the bills and will find time to train. During my triathlon years I was very fortunate to have great sponsors, and this did help me succeed in that sport. I am so thankful for my sponsors because they did make life much nicer. But then during my first year in pentathlon no sponsors came on board...I think they may have thought I did not have much of a chance at making the Olympics in a third sport. I had to sell my house to finance my dream that first year. I was willing to do that to have a chance at my dream. Then, during my second year in pentathlon, after I did well at a few world competitions, a few sponsors came on again, and once again that helped tremendously. The bottom line is that an athlete will do what it takes if the dream burns strongly, but sponsorships do make it nicer in many ways.
EV: What is it like being a motivational speaker? Tell us more about your experiences.
ST: The best part about being a motivational speaker is that after I give a talk people come up to me and share their inspirational stories. I have learned so much about people and their dreams. I love it.
EV: What are three of your pet peeves in life?
ST: Oooooh…you're getting into some good juicy questions…Okay, here are three pet peeves:  Firstly, when people do not say ‘thank you’ if someone does a kind act, such as holding a door open. Secondly, if an athlete is arrogant, and thirdly - cold weather...I really do NOT like cold weather!!! 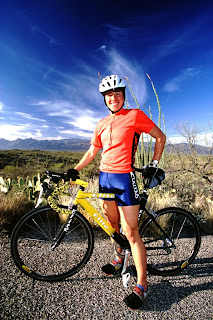 EV: Then, you’ll be fine in Singapore. We have warm weather year-round. Who are your strongest supporters in your career?
ST: Of course my mom and dad and sisters and brothers and their spouses and their children (my nieces and nephews). None of them took sports past high school level, but they all went to the Olympics and cheered so loudly for me. They cheered the same if I was winning a medal or not winning. The community (in Michigan, and also the triathlon and swimming community in general all over the world) also supported my family to get to the Olympics financially, so more than 20 of my relatives were at the Sydney Olympics in 2000 and the Athens Olympics in 2004. I am so thankful for the support of the community because, otherwise, my family could not have afforded the trip. Only five relatives made it to Beijing but that was because it was so difficult to get visas and figure out logistics. My parents have been to every Olympics, even Beijing...my dad was 84 and my mom 80 years old in Beijing. It amazes me that they made the trip all the way from Detroit. They are the most wonderful loving parents.
I must also add David Greenfield from Elite Bicycles to this list of biggest supporters. He would call me and give horse-jumping advice, and also shooting tips during my pentathlon years, and of course he made the most awesome sweet bike I could ever dream to have to ride in the 2000 and 2004 Olympics!!!
EV: What would you look forward to doing in Singapore in October?
ST: I am very much looking forward to meeting the triathletes and swimmers and getting to know them. I want to help them swim FAST to reach their goals.
EV: Which lessons do you think we can learn as athletes, both amateur and professional?
ST: How to have grace in all circumstances. We will face disappointment and elation. Both have their right place in life, and it is up to us to see that both are just fine.
EV: What is your view of mass participation sports like marathons and triathlons? Are we headed for a trend or is there a lifestyle review?
ST: It sure seems like the numbers keep growing, and I think that it will continue. Human beings are designed to be active, so it is natural that we are seeing the mass participation. Also, the Internet disseminates information so easily and this helps people learn what they need to do so there is no excuse for not signing up for some physical challenge like a marathon or triathlon. 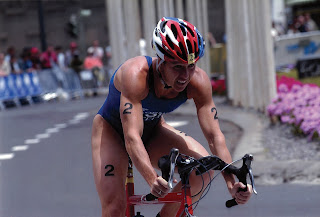 EV: What drives a competitive athlete to excel?
ST: The spirit within. And opportunity. Life is an open slate with so much opportunity, so take every ounce of your spirit and write your book - the best book you can.
EV: What are your mantras when you train and race?
ST: Two mantras: Firstly, A happy athlete is a fast athlete, as I mentioned earlier in this email. Secondly, Call The Suit! This is the title of my book and it means to be bold, to look at what you are dealt in life, and make your dreams come true with what you HAVE...never think about what you don't have.  Only look at what you have and get going to work on those dreams!
EV: Thanks for the interview, Sheila.
ST: Ciao, ciao.
(End of Interview)
Posted by Enrico Varella at 12:11 AM