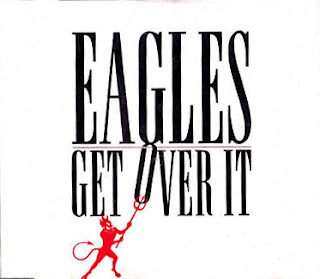 ‘Get over it’ ~ Eagles single song (from ‘Hell Freezes Over’ album), released 14 years after the band’s break up.

What are prepositions? These are words introduced into grammar that introduces a prepositional phrase. A preposition indicates a relation between things; essentially based on a position. In English, the most used prepositions are "of", "to", "in", "for", "with" and "on".

Prepositions can also be described as ‘prep-positions’, or ‘pre-positions’. These are position of perspectives. Leaders influence from different directions, and points of entry.

Can you over-prepare? This involves practice, rehearsals and training. It involves preparing for the worst, and working on contingency plans. Better to be thorough than to have an over-sight and be considered careless.

In endurance sports such as marathons and triathlons, our coaches advise us to do ‘over-distance’. This is training over longer distance than the race dictates. Say you are training for the180km bike leg of the Ironman triathlon, over-distance involves doing prolonged mileage of 180km, 200km, 220km, and more.

There is a danger to over-distance training, and that is over-training. Over-training leads to fatigue, soreness, and compromised physical performance. We have to be careful about over-doing it, for it can annoy others as well as cause us discomfort. Perhaps, getting it over and done with can be the better choice, instead of prolonging the training session. Chores, paperwork and bills to be paid fall under the category of must-do things.

We can over-come the pitfalls of endurance training by being more focused on technique, checks and measures, and our plan. If a race does not go according to plan, get over it. There is always another day to race, or another race to match up to our expectation.