Leaders of the Board 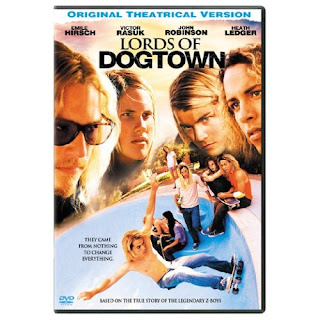 Lords of Dogtown is a film that was inspired by real people, namely the motley crew that revolutionized skateboarding in Venice, California in the 1970’s. Written by Stacy Peralta, who was one of the original three young aspiring surfers turned skateboarders, this film plays tribute to the birth of skateboarding as a worldwide phenomenon. The other two skateboarders who also shot to fame were Tony Alva and Jay Adams; the latter was jailed for misdemeanors, and is believed to have invented some of the more radical moves in this extreme sport. The late-Heath Ledger plays Skip - the unceremoniously and constantly inebriated co-owner of the retail shop, Zephyr. The cast is excellent with enough testosterone-infused scenes to get you all worked up. Catherine Hardwicke, known for her successful box-office Twilight, directed this film with her spot-on appreciation of teenagers and their needs. You need not be a fan to enjoy this well-made film, which should be a lively and lovely compendium to Dogtown and Z Boys (an award-winning documentary narrated by actor Sean Penn). 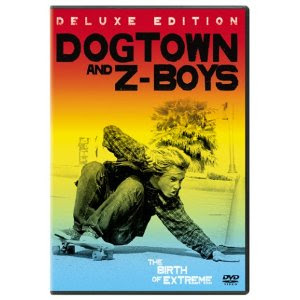 The shift between surfing waves to skateboarding may have its origins in the boys’ ingenious idea to skate in empty swimming pools; there was a drought on, in California when they discovered this novel way to get hang time, and dry simulation of waves. In addition, the invention of the petroleum-derived (urethane) wheel allowed wanton, wall-griping manoeuvres. The anger-driven, Jay Adams was instrumental in coming up with some of the standard moves used today in competitions when he skated on almost everything including concrete pipes, dry swimming pools (as half-pipes), hilly roads and even straight off the pier.


The film also illustrates the observation that one is more creative within one’s area of competence and passion. Also, it underscores that necessity is the mother of invention. The three skaters eventually found fame and fortune as world champions and entrepreneurs, as well as the traps involved in such shortcuts. The special features are worth watching, especially the director's commentary and interviews with the original Z-Boys who were featured in cameo roles or as consultants. Most commendable were the lead actors who learnt to skate competently after an intensive 2.5-months boot-camp.


Both films are available on DVD and available at Amazon.com.
Posted by Enrico Varella at 12:21 AM