My Last Hit Out Before The Big Dance: Yellow Ribbon Run 2013

This was my last hit out before Kona - the Yellow Ribbon Prison Run (YRR). I have ran this race for the past four years. My magician's club - International Brotherhood of Magicians (IBM) Ring 115, Singapore - was there in large force, to entertain the finishers. The event featured two formats: the non-competitive 6km, and the competitive 10km. I, obviously, opted for the competitive segment as I use this race as an assessment of my fitness and race-readiness. I also use this race to crack my personal best (PB) time for the 10km. This morning, I completed the course in about 44:50 (gun-time). I emerged 43th overall (out of 4579 runners), with a time of 44:42. Last year, I skipped it altogether due to my stress fracture of my left foot (sounds like Christy Brown's biopic). It is a rolling/hilly route and certainly challenges the legs and lungs. The underlying message of the YRR is to 'Unlock the Second Prison'. Ex-convicts deserve a second chance from society, and not be marginalised for their mistakes. These reformed members of our society provided most of the entertainment this morning; mini-moon-cakes baked by them were also given out to all race participants. This is a race worth doing, as evident by more than 10,000 runners today. 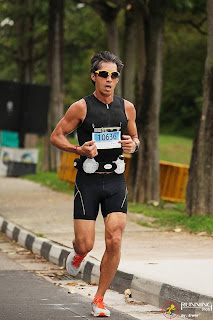 Photo-credit: Run Shots (Me, halfway into the race. Cloudracer shoes from On). 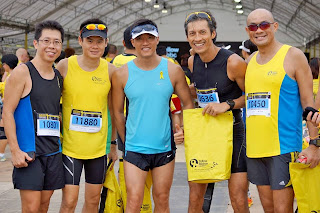 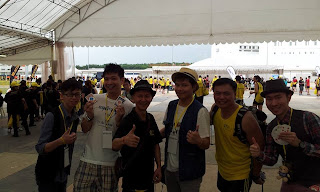 Some of our volunteers from IBM 115 who put up a splendid performance of close-up magic. 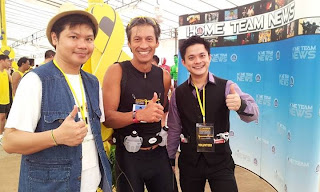 Flanked by my two magician friends. I have not gotten a chance to perform over four occasions since I always participated in the run. (From L to R: Derek & Joel). 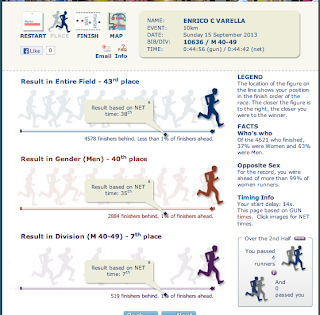