Working It Out As A Partner 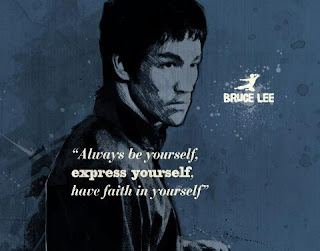 Macca, in his book ‘I’m Here To Win’ described how he used to make deals while riding with his adversaries. Instead of being adversarial, he elected to play the role of a partner, working out how they could stay in the lead while making it more challenging for some competitors. Their actions were legal, meaning no drafting during a draft-illegal race, but creating physical and psychological advantages for themselves during the race. He is one who has failed countless number of times, yet picked up, dusted off, and pursued his next goal. This article describes lessons we can learn from Macca’s failures.

Making deals are a common thing. We call them by many names like ‘negotiate’, ‘make a deal’, ‘work out something’, or ‘make it worth your while’. It is about creating winning formulae for success. It involves collaboration, cooperation, and synergistic partnering. Given time, most issues and problems can be worked out and resolved. It may involve work and effort, yet these are the ingredients for success to brew and come true.

As written some time ago, leaders can choose to ‘pull the rest along’ or ‘sit behind in the pack’ as a ‘sweeper’. The latter means taking care of the slow ones or stragglers. In cycling, this are the common approaches of working within a team. Yesterday, at the TRI-Factor Cycling race I witnessed ‘pack behavior’. Together with fellow riders, I was able to identify the various personality types during competition. There were sportsman-like as well as un-sportsman-like behaviors. While most played it ‘safe’, some were unaware of their reckless behaviors and how it could impact others, in dangerous ways. Roadies, triathletes and recreational riders have different and differing mindsets, attitudes and skillsets. We have to contend ourselves with respecting these differences and ‘share the road’.

My results for yesterday's race (my first riding race: 16th out of about 66 participants). My assessment leads to me conclude that my strength-riding sessions are translating into higher power and speed. Plus, I worked within my lactate threshold speed. I am encouraged by my progress for Ironman Switzerland.
It is during moments like this, that you are called upon to assert your authority as a fellow competitor. Do you caution them? Do you educate them afterwards? Do you give corrective feedback that you consider useful? Do you play pedestrian, play deaf or play dumb? Or, do you place a sticker on the road that screams ‘My Grandfather’s Road’?

Leadership Lessons: What is your leadership stance within your team? How do you work with pack mentality? How do you deal with the Alpha-Leaders? How do you maintain your pace and composure when working with adversarial people? How do you apply your patience and work through differences and conflict?
Posted by Enrico Varella at 5:36 PM

Hey Enrico,
I was in the Trifactor yesterday. Sucked your wheel most of the way.
You spoke to me during the ride, and gave me a shock.

I did my best to pull now and then (weekend warrior)...Thanks for pulling.

Thank YOU, Lian Seng for writing. I appreciate it.
You are most welcome! No worries, as you did attempt to assist others. Do what you can do. We were in the second pack, as the first pack was about 10 minutes ahead of us. Respectfully fast, they were. Keep it up, Weekend Warrior as that is how we began, and progressed into bigger things.
Let's say hello again when we next meet, Lian Seng. Have a great week!