Concert for the Masses 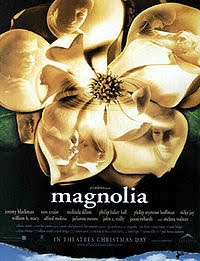 I attended Aimee Mann’s concert tonight; I was lucky I won two tickets from an online contest this week. Mann is an American singer-songwriter who plays guitar and bass guitar. A veteran in the music business, she is famous for having eight songs featured on the film, Magnolia (with a star-studded ensemble cast, including Tom Cruise as a motivational guru, Julianne Moore, and Oscar-winner, Philip Seymour Hoffman).

In 1999, her song Save Me was nominated for an Academy Award for Best song, which lost to You’ll Be in My Heart from the Disney-animated film, Tarzan. At her introduction to this song this evening, Mann stated: ‘This is the song that lost an Oscar to Phil Collins. I hear he is retiring, and I’m glad.’

Two hours of songs, including taking requests (from her audience) showed her comfortableness with her guitars and recorder, as her songs. What better praise for a singer than recognition for the songs which she wrote over a span of about 27 years?

As a modeler of leadership, I appreciated these values that Ms Mann projected: professionalism, performance, endurance, synergy and collaboration. She worked well with her two musicians, and at times allowed them to take the lead. Their actions were purposeful, with not a note wasted. In athletic performance terms, the band was ‘in the zone’. She was sporty, and gave her partners ‘a sporting chance’. Despite being unwell, she chose songs that maximised her voice, and delivered on verbal requests for her songs. Her graciousness and openness did not go unnoticed, for we rewarded her with a standing ovation. How often does that happen?

Even professional entertainers can demonstrate their leadership qualities on-stage, yet be as human as any one of us watching the show.