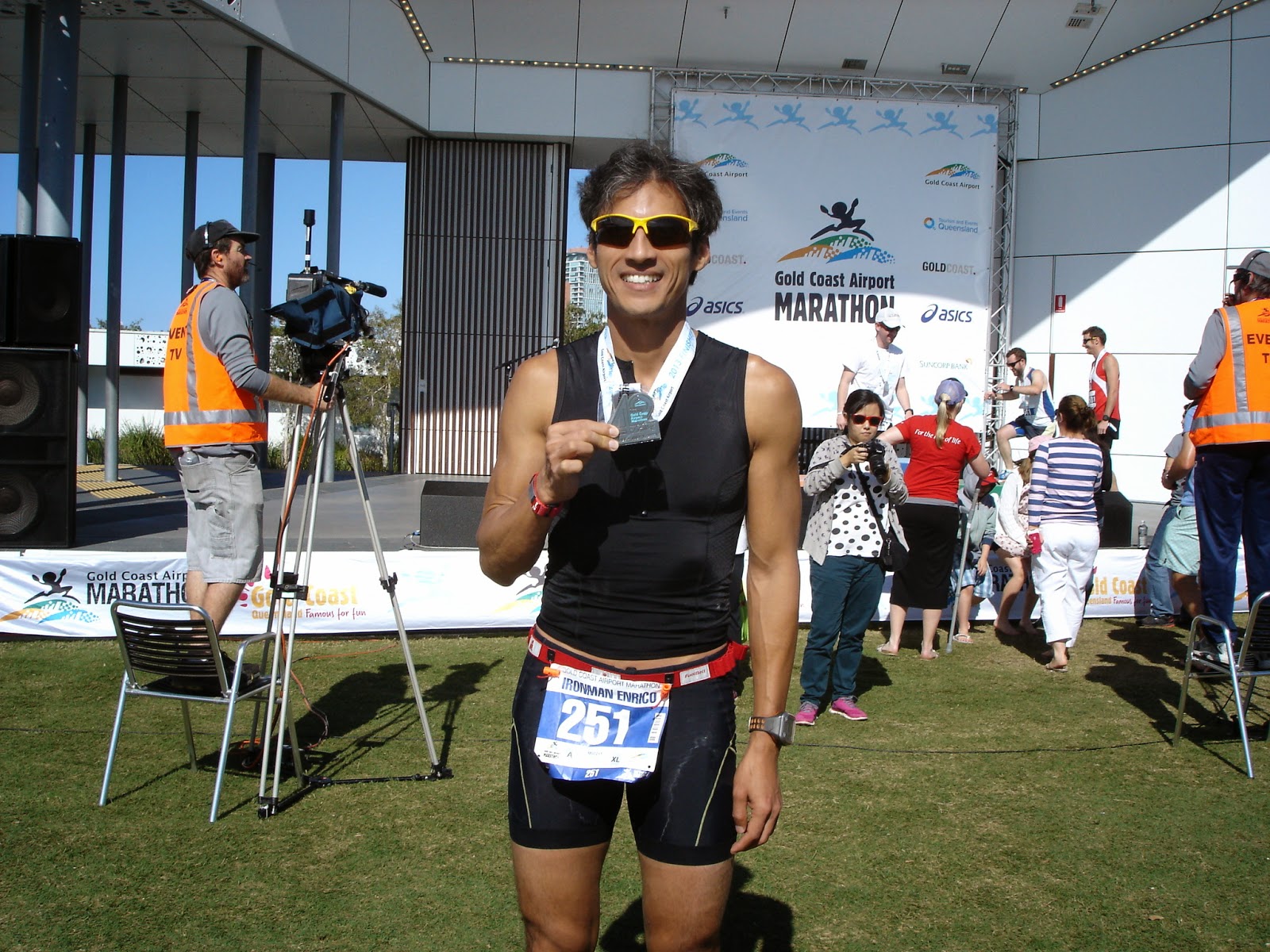 I qualified for the Boston Marathon 2014 at the Gold Coast Airport Marathon (GCAM) 2013. My first Boston Qualifying (BQ) time was at the Standard Chartered Hong Kong Marathon 2011. I came in at 3:29:59, one minute the qualifying time for my age group (45-49 years). My second BQ was 3:16:49, earned while preparing for the Ironman World Championships in Kailua-Kona, Hawaii.

I was running then on a meagre diet of 3-4 sessions per week, with my short runs averaging 10km and my longest from 15-21km. On a long week, I hit about 51km (or 3X10km plus 21km), supplemented with the pool swimming and long indoor-cycling sessions.

I chose GCAM as I attempted a BQ there but missed my BQ narrowly there. It is, generally, a flat course and the weather in July is cool but not too chilly. Plus, many Singaporeans preferred this course and I had familiar faces I could pace. 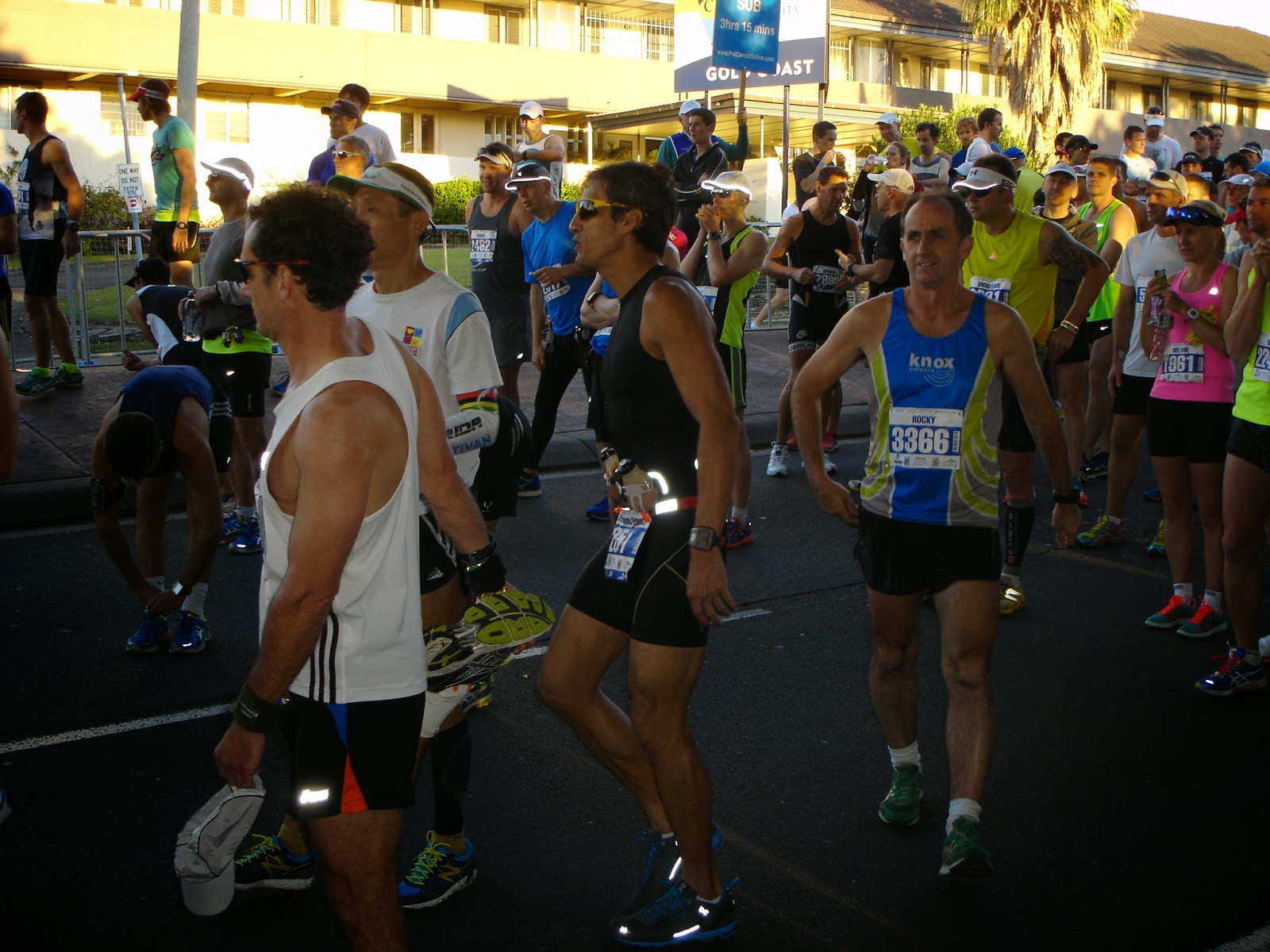 My nutrition was adequate although I exceeded my caloric need when I went harder than I should. Thus, I struggled on my return leg, passing the start-line and the last 8km became a complete haul. I began slowing down and I knew I was losing precious minutes, earned from a potential sub-3:10 performance. I was fortunate to go under-3:17:00 by sprinting my guts out (as can be seen in the accompanying video).

Lessons Learnt from my BQ:
1) I should have arrived earlier to tail the 3:15 pacer. By the time, I caught up I was winded.
2) I should have given my body more time to warm up, instead of meeting the anaerobic zone earlier.
3) I could have spent more time building my base at a lower heart-rate, sticking to less than 135bpm instead of 150bpm.
4) I could have done some interval work (zero) and included some hill-work (zero).
5) My training was all tempo, and moderate to high-intensity. I was not training my aerobic engine enough.
6) My 'no guts no glory' approach served me well, as I improved my time by more than 13 minutes. Having said that, I could have made a 3:09 if I had been patient and not fatigued at the last 8km.
7) I could have a stronger core, more confident arm-swings, and not overtake the 3:15 pacer too early. The pacer (and, thus, pacing) is key to one's BQ success.
8) I lost my 'pacer' friend early as he dropped out due to injury. I should have stuck to the official pacers as they were reliable, and verbally encouraging.
9) I could have integrated some trail or off-road sessions, to strengthen my legs more.

The finishing 'kick'.
Posted by Enrico Varella at 11:40 PM