A SENSE OF ACHIEVEMENT

2016 has been a tumultuous year, yet one that has been satisfyingly sweet. 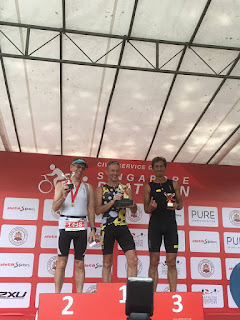 In a nutshell, these were my new experiences and achievements:

It was a year of personal challenges and disappointment at work as well as in sports, however these were neutralized and aligned with these personal achievements. I found renewed interest in my pastimes, assumed new leadership roles in my volunteer work, and rejuvenated my racing mojo.

I allowed myself to surrender to the process, go with the flow, not ‘overthink it’ (as my training buddies remind me), and be motivated and be inspired by running-friends near and far. Taking on feedback and responding to these positively was harder than I thought – I suspect my Zen-glass was full – and had to drain it and learn with ‘Beginner’s Mind’. 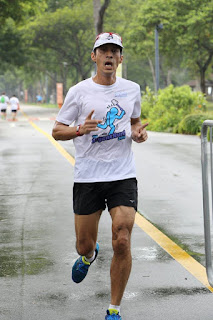 The results have been encouraging so far, and I have committed to a year of more focused training and racing. Since 2016 has been a more run-centric year (with running-based sponsorships), I have spent more quality time running and less on cycling (particularly in the second-half of the year) and swimming. In fact, I experienced injury before Boston and just before Osaka. I healed adequately to run the two 42.2km races in 3:32 and 3:19 respectively. A great part of my recovering was attributed to rolling (massaging) my legs and glutes with the ribbed-ball. 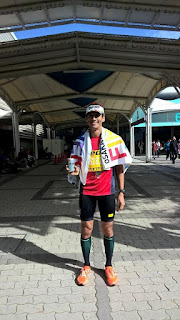 One week after running the Osaka Marathon (30 October), I ran a 5km Parkrun as part of World Toilet Day. I ran a sub-21 minute race and scored a season’s best timing. I caught a bout of the flu after that race, resulting in a persistent ‘nasal drip’ (also known as the ‘100-Day Cough). Two weekends after the marathon, I did a 35km, pacesetters’ training run with my Garmin team. About eight hours later, I ran an 8km fun charity run (Lunghi Run). Amazingly, I clocked 43km in total on that day. I assure you I completely rested the next day! 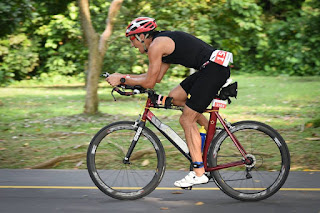 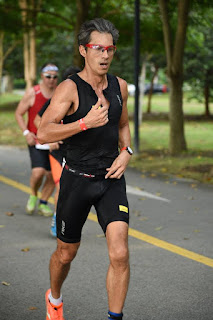 Two days ago, with residual buildup in my upper-respiratory tract, I completed a duathlon. I did well for my run (1st in both 10km and 5km) however faded in the ride. I lost a fair bit of riding fitness due to the heavy running schedule. Fortunately, I earned a 3rd place and an overdue podium placing. I admit that this hard-earned ‘win’ has stoked my enthusiasm. Thus, I feel more committed to do better next season. I will be focusing more on my riding power, and swim competency (my weakest station). My friends have been encouraging of my efforts, and I feel assured that I will do well with their feedback and coaching advice. 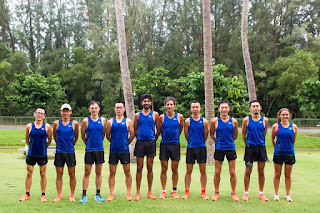 My next A-race will be as a leader for the 3 hour 30 minutes Garmin Pacers. This will be the first time I will be a marathon-pacesetter and contributing to the running community. I hope I will do justice with my team of pacesetters on 4 December.

Next year’s A-races will be: Ironman 70.3 World Championships (9-10 September) and Ironman Cairns (11 June). I will focus on these races soon after the next marathon is completed.

I wish you better performances and achievements to you!

Thank you, my sponsors BVSport compression-socks, Mizuno Singapore, F1 Runners, and Garmin watches for assisting me on my journey. Photo-Credits: Joe Goh, FX Shots, Mel C. and Ming Ham.
Posted by Enrico Varella at 12:27 AM